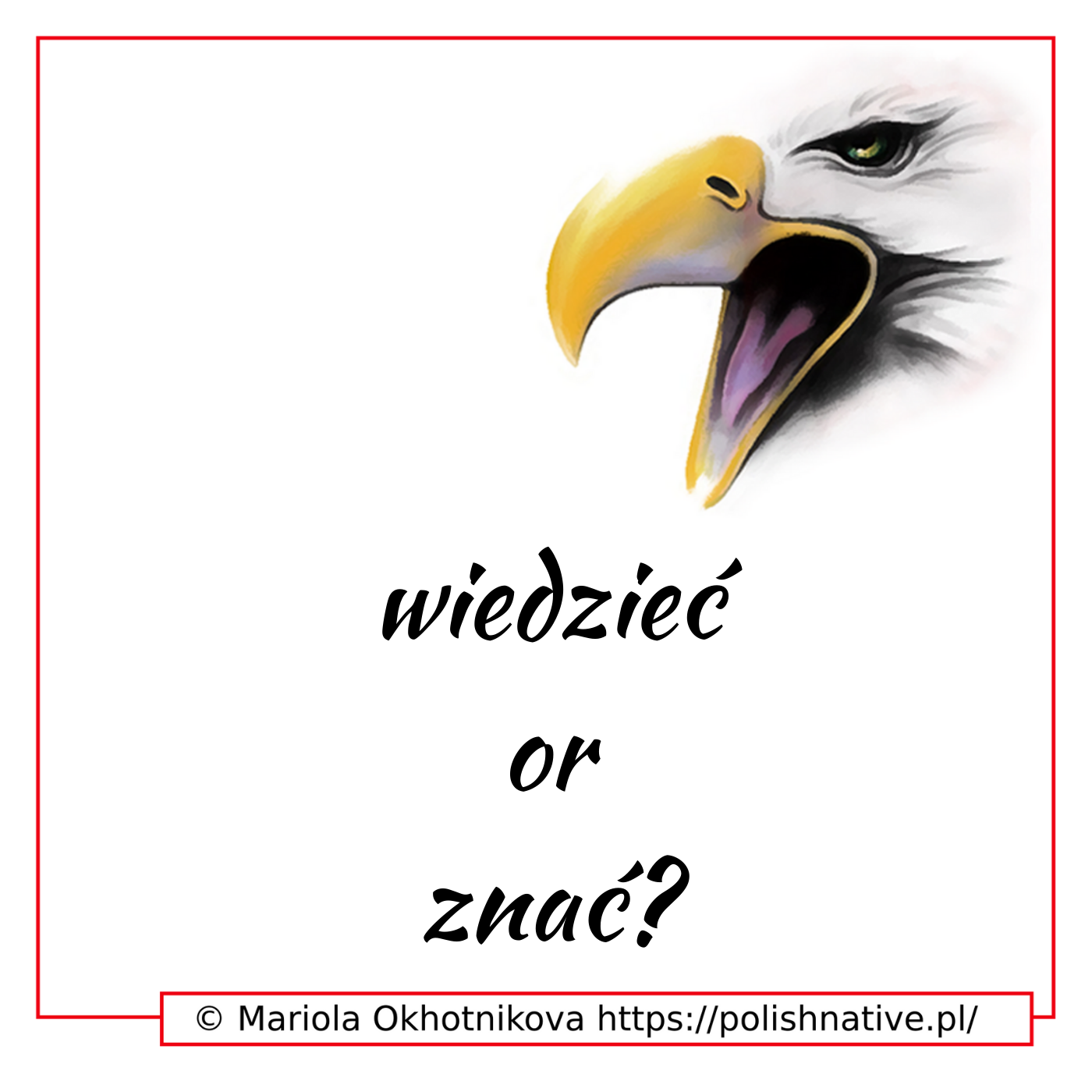 There are two Polish verbs “wiedzieć” and “znać” which are translated into English as one: “to know”.

The problem is that they are not full synonyms and can be used only under very precise grammatical and contextual conditions.

Unfortunately in English there is no such distinction but nonetheless you can understand very easily which verb to use in which situation.

“Znać” can only be followed by a direct object:

On nie zna tego autora. He doesn’t know this author.

In contrast “wiedzieć” is used always with an indirect object. If you’re not keen on grammar terms, just remember that after “wiedzieć” we usually use a question word or a conjunction “że” (“that”):

Ja wiem, kto to zrobił. I know who did it.

Czy wiesz, że on ma brata? Did you know that he has a brother?

Nie wiem, ile to kosztuje. I don’t know how much it costs.

As you can see, this rule is very simple and logical, and unusually for Polish I can assure you that there are no exceptions to it!

Grammar 0
Sorry, this entry is only available in Russian and Polish.