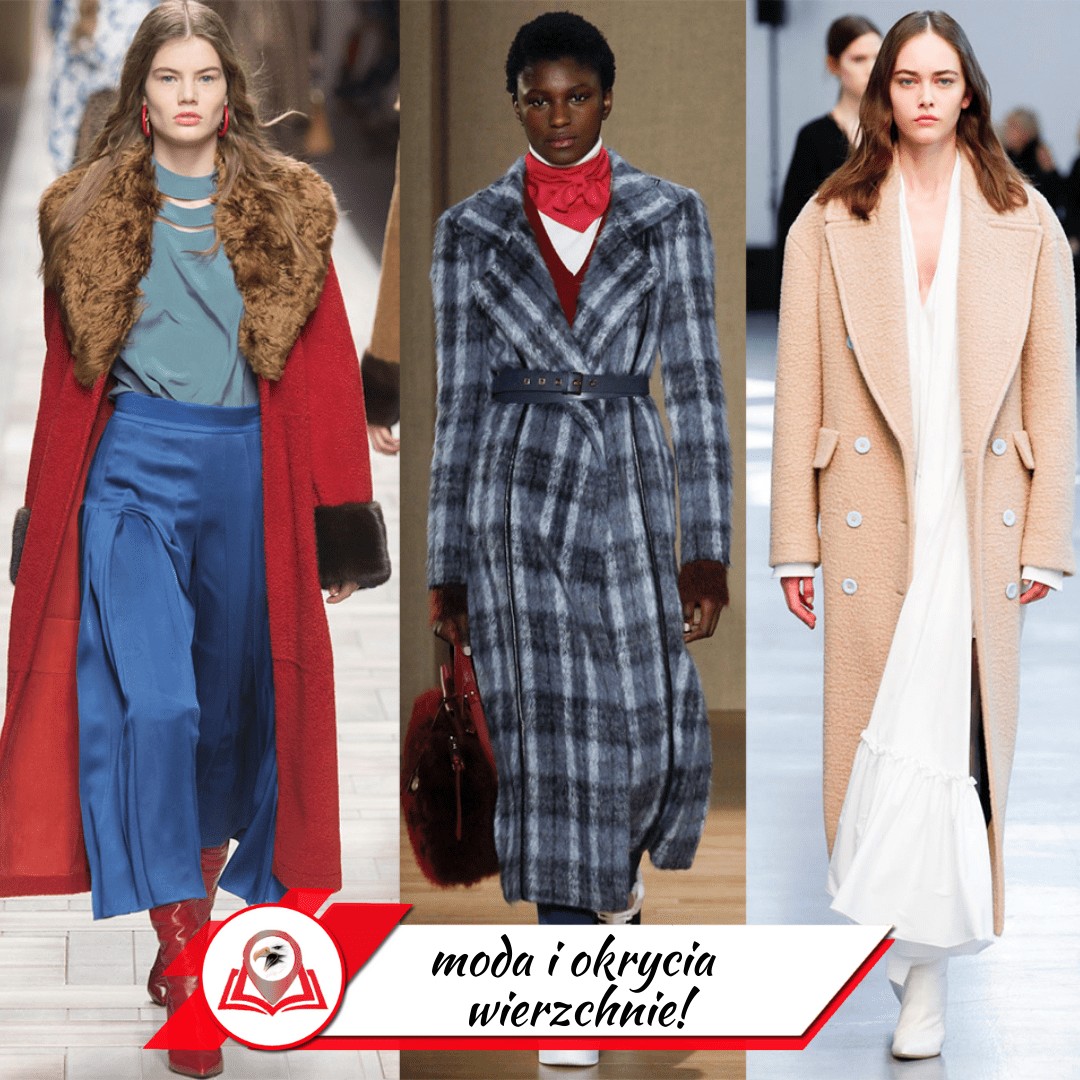 Here is a next part of our fashion vocabulary!

Today I decided to focus on the names of outerwear (okrycia wierzchnie). This time I think that a few words of explanations may help you understand the graphics correctly.

Kurtka is a general name of all kinds of autumn and winter coats, be it light or very warm, like a down-padded coat.

Wiatrówka may also be called “kurtka“, but it’s main distinction is that it’s a thin waterproof wind-breaker. Definitely not suitable for a Polish winter.

Bluza sportowa is a top part of a jogging suit. It’s always made of a soft fabric and usually has a hood.

Narzutka z kapturem (kaptur – a hood) is an exclusively women’s piece of clothing, it’s something between “bluza sportowa” (usually for men) and a cardigan, but unlike a cardigan, it’s very unlikely to be worn to work, it’s a sport style.

Peleryna is the most interesting example here. In the picture you see two different kinds of them. One common characteristic which they both share is that they don’t have sleeves. The first one of them is worn only on a neck and shoulders and it can belong to many fairy-tales characters like Batman or Little Red Riding Hood. You can also see some very elegant pieces of them for example on winter or spring brides, who put a warm cloak over their white dresses in order to keep warm. The second example of “peleryna” is usually made of the same fabric as a “wiatrówka” (wind-breaker) and it also has a hood, but again, it doesn’t have sleeves and by it’s length it’s much closer to a cardigan.

Grammar 0
Sorry, this entry is only available in Russian and Polish.